Skip to Main Content
For updates on library services and library branch phone numbers, visit our website at wcls.org/info, 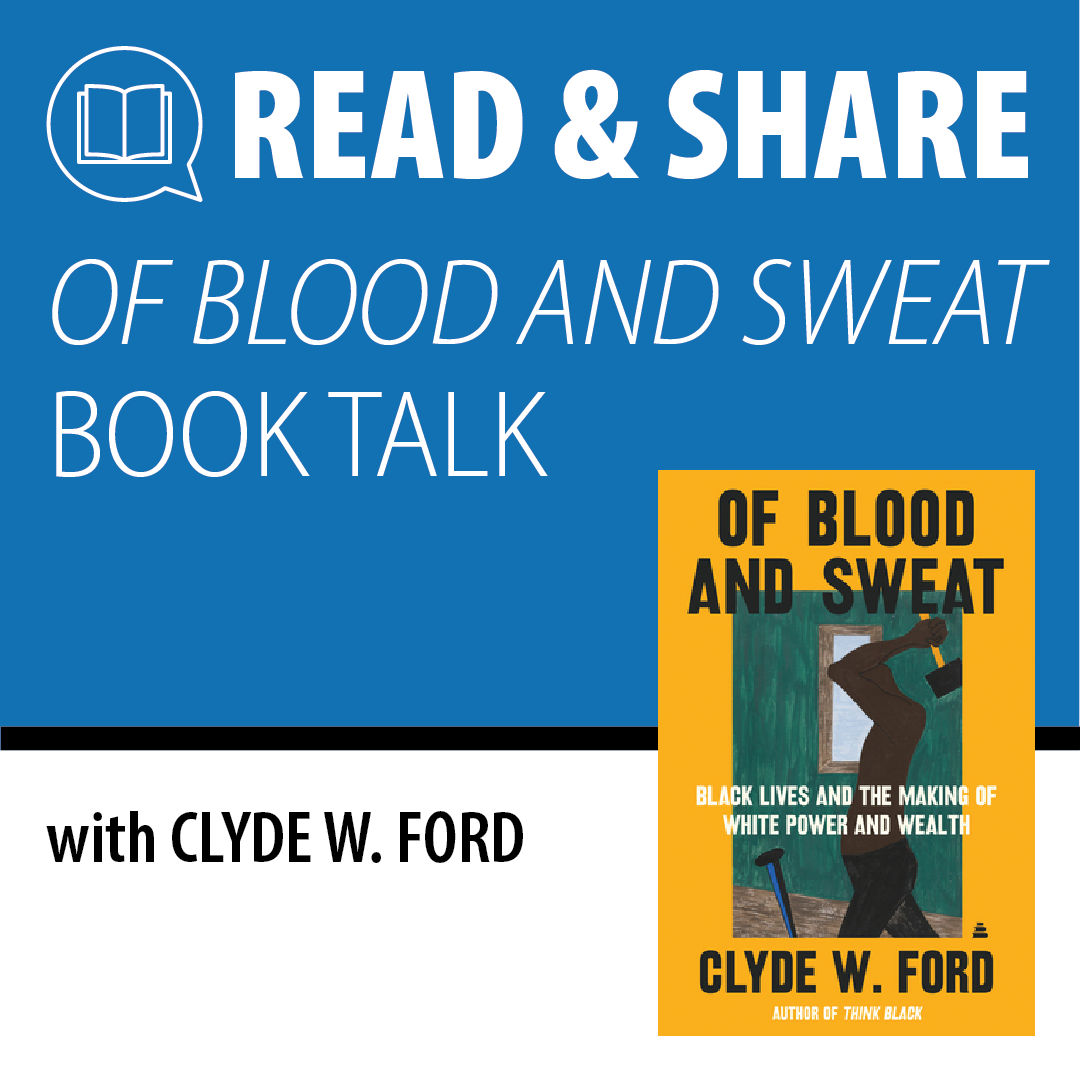 Ford’s latest book, Of Blood and Sweat: Black Lives and the Making of White Power and Wealth, was published to acclaim in April 2022. In her review of the book, WCLS Collections Librarian Mary Kinser wrote: “Ford meshes his storytelling talents with his skills as a historian, tracing the ways in which Black labor built the very structures and systems on which our nation rests.”

Each year for Read & Share, WCLS staff select a non-fiction title to inspire thoughtful conversations among county residents. It’s also a chance to introduce readers to outstanding local authors. For our fourth annual event, we chose Bellingham author Clyde W. Ford’s award-winning memoir Think Black. It is a vivid portrayal of the intersection between technology and race and the tension between a trailblazing father and his rebellious son.

Ford says Think Black is: “A story about the first Black software engineer in America, who happened to be my dad. It's a story that really talks about what he encountered inside of himself and also externally in that role. And what I encountered as his son.”

While the book considers the role of technology in our lives, Ford says Think Black is “not a super techy book.” This year’s Read & Share, he says, lends itself to tough discussions about race and the extent to which technology dominates our lives and may manipulate society.

Ford, who has lived in Bellingham for 33 years, is looking forward to discussing the book with his neighbors. “Talking about hard topics, considering them together, helps us move forward as a society,” he says.  "It is like a thread that connects people when you are reading and focusing on something similar.”