Due to public health guidelines, Whatcom County Library System has cancelled in-person events.
We’re creating online events and posting these to our calendar.
For updates on library services, check our website and social media pages,
or call library staff Mon-Fri: 10am – 6pm Sat: 10am -5pm, or Sun: 1-5pm at 360-305-3600. 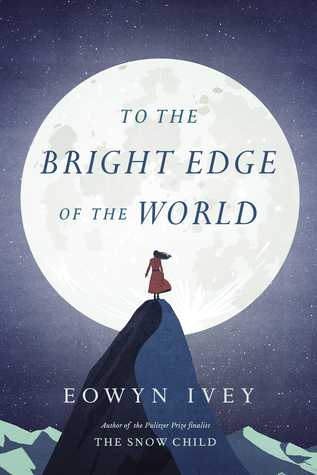 Join us for an evening of lively discussion on some of today's most intriguing books, led by Deming Library staff.  The book to read for January is To the Bright Edge of the World by Eowyn Ivey.  Meets monthly on the third Tuesday at the North Fork Brewery – 6186 Mt. Baker Highway.

This is a Whatcom READS event.

Ivey's highly anticipated second novel, following The Snow Child (2012), is again set in the wilds of her native Alaska. She portrays a fictional 1885 expedition, led by Colonel Allen Forrester of the U.S. Army, into the newly acquired Alaska Territory to map the area's rivers and gather information about the Native populations. By means of the colonel's journal entries and letters between him and his wife, Sophie, who remains at the Vancouver barracks, Ivey deftly draws the reader into the perils of the journey.

WHATCOM READS
The annual literary happening invites Whatcom County neighbors to read or listen to the same book and then come together to discuss and celebrate its themes and the joy of reading at lively, free public gatherings at WCLS libraries and partner locations across the county.

This year's book, "To the Bright Edge of the World," by Eowyn Ivey is set in the first decades after the United States purchased the Alaska Territory. This atmospheric, transporting tale of adventure, love, and survival features rich descriptions of the Alaskan wild and a fascinating glimpse at the burgeoning fields of naturalism and photography in the late 19th century.

Whatcom READS is presented by all the public and academic libraries in Whatcom County and Village Books. We are grateful for our funding sponsors, Friends of the Bellingham Public Library and Whatcom County Library Foundation, and for the support of numerous community partners.